Since the ancient times of Egyptian Pharos, Greek philosophers, and bygone Tibetan monks, caring for mind, body, and spirit has always been essential to one’s well-being.  Such an effortless statement; yet, not such an easy thing to put into practice when you have a million and one things going on in your daily grind of traveling throughout the planet, DJing at a million and one venues day in and day out, or any other thing that bogs down your time for that matter.  It’s facile and, unfortunately, quite common for a day or two – or thirty – to slip by and ignore the essential needs of you.  En Vogue excuses, including, “I’ll do it tomorrow,” “I’ll get to it soon,” “who has time for that?” and a multitude of others become the national anthem sung for the majority of our lives when confronted with the task of taking care of the temple that is the essence of ourselves.  Enter Ms. Mady Morrison, yoga instructor and spiritual guru, who has taken yoga to the next level by providing, via YouTube, a plethora of videos that fit practically every lifestyle.  For those of you out there who use, and plan to continue, ad nauseam, the aforementioned evasions to get out of doing the darned thing, Ms. Morrison has videos five, ten and fifteen minutes in length (in addition to the ones of the fuller variety), to get those muscles loose and those spirits soaring!

Mady Morrison, hailing all the way from Germany, fascinatingly began her journey with yoga at the early age of thirteen, being introduced to it by her gymnastics instructor… thank you, gym teacher!  After experimenting with a few different methods, she finally settled into the Vinyasa style which, essentially, has the participant effortlessly gliding from one pose to the next in a smooth transition, matching one’s breath to the movements being conducted, and has excelled in this particular area of expertise since completing her training in the magnificent city of Berlin in 2014.  About a year subsequent to this, Mady Morrison’s sensational YouTube channel was born, and the rest, as the saying goes, is history.  With so many videos to choose from, and with times ranging, as mentioned, from five minutes to over an hour, there is something available for everyone, no matter what one comes up with in the form of paltry justifications for not getting to it!

I discovered this Godsend, by the by, a few years ago, when my life, at that particular space and time, so happened to exist somewhere in the basement of the doldrums, and let me tell you, my Ravers, it absolutely turned my world upon itself.  Her relaxing style and comforting, encouraging glances towards the camera during the Yoga poses, along with (in some versions) soothing, melodic tunes, allowed me to fully immerse myself into her world of pure, blissful physical and mental health, not merely whilst I indulge in her sessions, but in between as well; during a hectic day, I have only to think upon Ms. Morrison’s metier and my body, post haste, begins to experience the indubitable sensations of zen… something that has, since my inaugural viewing, become an integral part of this writer’s daily life.  I therefore highly recommend this jewel of incalculable value to you, dear readers, and hope that her amazing work can give to you what I have been most fortunate to have found in the one and only Mady Morrison.

CHECK HER OUT BY VISITING THE LINKS BELOW!!

The author of this piece, J.L. Caban, is a Puerto Rican-American writer who was born and raised in the Bronx, NY.  His works include ‘Moving On,’ ‘Butterflies in Production,’ and ‘Sapphires in the Rubble;’ all available through Barnes & Noble, Amazon, and Target.  – Barnes & Noble – Moving On – Butterflies in Production –Instagram  – YouTube – Web –  Sapphires in the Rubble 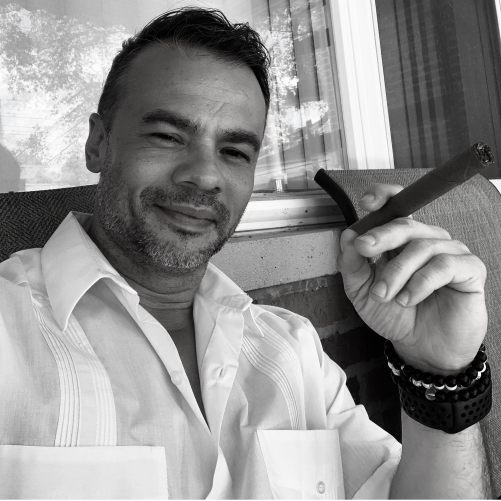